Microbial germs may be present in water and shellfish. These include bacteria, viruses and parasites, some of which are pathogenic for humans.

Most pathogenic germs that can be identified in coastal waters come from faecal pollution of either human or animal origin. Some germs, however, live naturally in the marine environment (e.g. bacteria of the Vibrio genus).

Which microbial germs cause food poisoning ?

In shellfish, three categories of pathogenic germs can cause food poisoning in humans:

The survival of germs in marine environments therefore varies according to their type; it is also influenced by other factors, such as the water temperature, salinity, sunlight, the water turbidity, and so on.

Where does contamination come from at shellfish gathering sites ?

Shellfish gathering sites are located on the foreshore, at the interface between land and sea, and are therefore exposed to various sources of contamination of terrestrial or maritime origin: 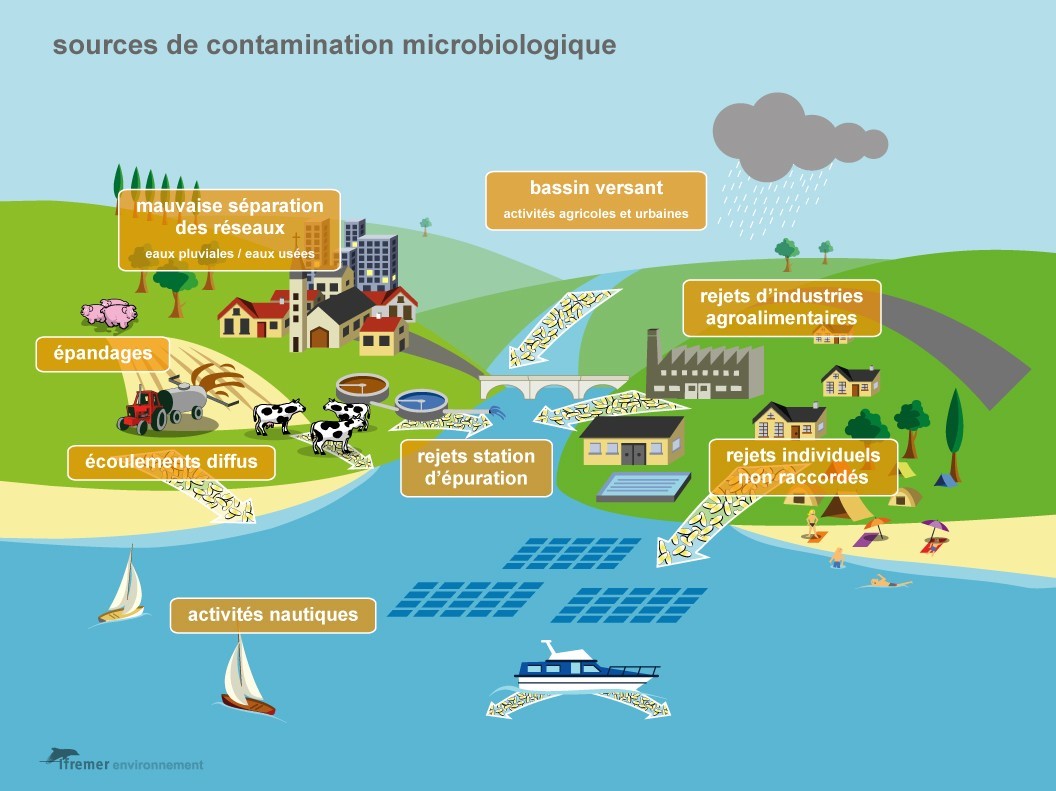 A number of factors can also influence shellfish contamination:

What are the symptoms of a microbial infection ?

Most microbial infections generally result in gastroenteritis of varying acuteness according to the germs involved (headaches, shivers, fever, diarrhoea, nausea, vomiting, etc.). Some infections can however take more serious forms (Hepatitis, for example).